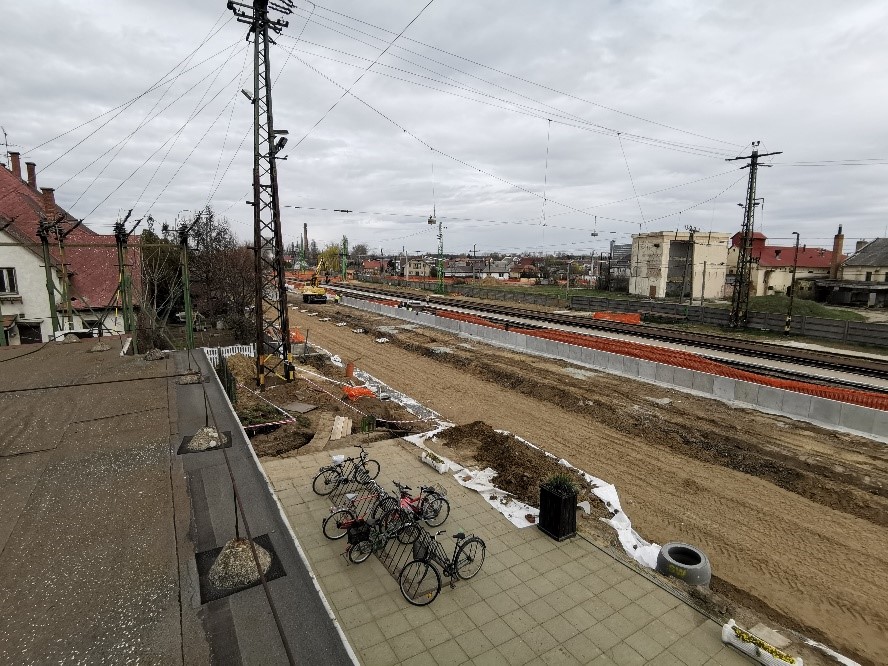 The construction works of project “Improvement of travel quality of Kisvárda train station, phase 2” are being carried out with an all-out effort.

Construction is done by Várda 2017 Konzorcium, the members of which are Homlok Építő Zrt. and Penta Industry Kft. During the operation, a pedestrian-bicycle underpass is being built, connecting two parts of the town below the tracks, ensuring a safer way of transport for the town’s inhabitants.

Besides the underpass, the station’s track network also changes, and the terminal station is also reconstructed, with new, modern by-passes are constructed. For the travelling public, a 300 m long platform is built, ensuring accessible transport from the pedestrian-bicycle underpass to the station building.

Construction works of the station began in the spring of 2018. Since then, the new overhead electrical supply poles have been erected, part of the cable system, important for the safety of train travel, have been renewed, and the ceiling structure of the underpass have been constructed.

This year, work operation commenced according to the schedule, so track building is going on at the moment, and the related facilities are also being built (platform, infiltration system, cable substructure).

According to plans, the two new main tracks running along the station will be handed over, together with the by-passes and the new, elevated middle platform, already available for the travelling public. The construction of the underpass is still going on, and it will be available for the town’s inhabitants at the end of this year.