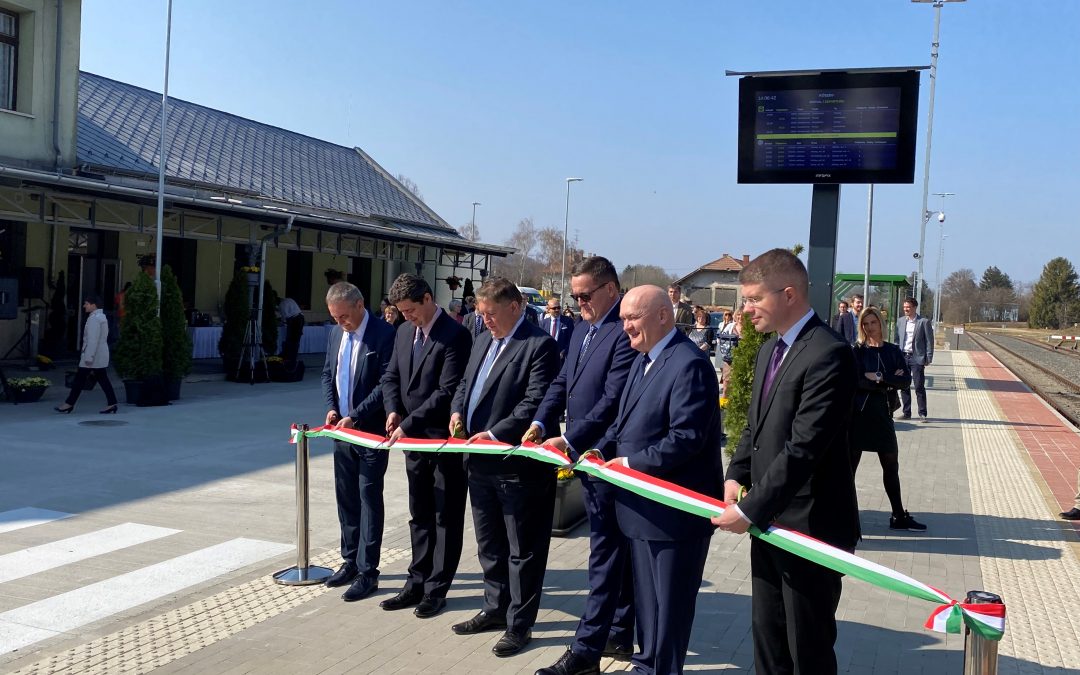 On March 25, 2022, a project closing event was held at Kőszeg railway station, where the ceremonial ribbon was cut and the all new, 17 km railway line was officially opened. Construction was completed by HOMLOK Zrt. for GYSEV Zrt. as customer.

Accompanying the line work, there were some major changes made to Kőszeg station: the platform network was transformed and a 100 meter long high platform was constructed, and passengers are now greeted by new platform furniture, rain shelters, modern LED spatial lighting, new visual passenger information displays, and a modern information announcement system. P+R parking is available for those arriving by car and a covered bicycle storage unit with 40 bicycle spaces is available for cyclists.

The so-called intermodal platform has a special design: in essence, buses can park right next to the train platform, which makes changing modes of transportation as easy as possible.

At a further 7 stops on the railway line, 90 meters of high platform, new platform furniture, rain shelters, spatial lighting, and modern passenger information systems provide comfort for passengers. Bicycle storage is available at the stops, and the surroundings of the facilities have been improved in several places.

The project closing event was attended by Dr. László Mosóczi, state secretary for transportation policy at the Ministry for Innovation and Technology, Péter Ágh, MP for North Vas County, Dr. Csaba Hende, MP for Szombathely and surroundings, Béla Básthy, mayor of Kőszeg, Zsolt Homlok, CEO of Homlok Építő Zrt., representing the construction company, and Szilárd Kövesi, CEO of GYSEV Zrt., which is celebrating its founding 150 years ago this year, as host.

The Kőszeg intermodal platform will be open to bus and coach traffic once the final permits for placing in service and putting into service have been received.

The project was completed with European Union funding, with support from the Hungarian Government, as part of the Integrated Transportation Development Operative Program tender framework. 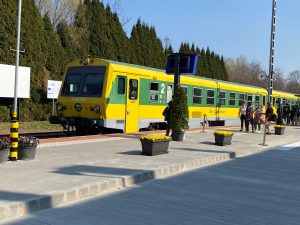 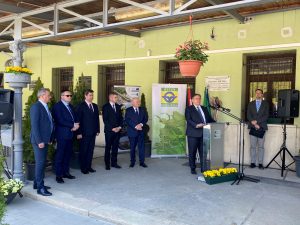