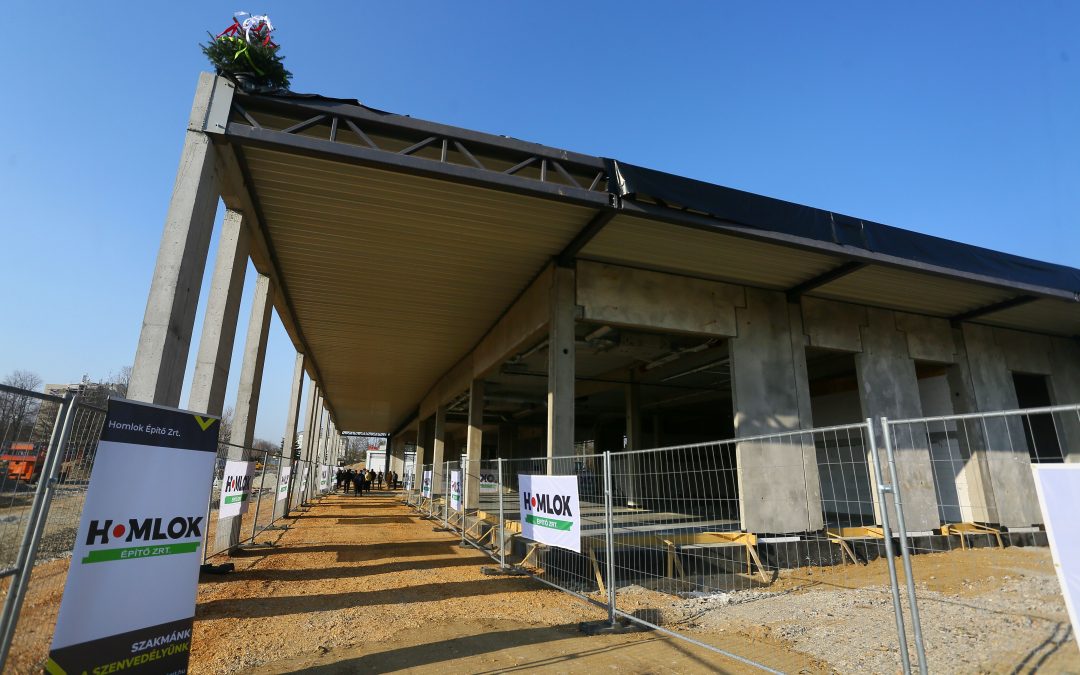 As the construction of the Bükfürdő visitor center reached a milestone, with the building reaching its full height, the construction company HOMLOK Zrt. held a bouquet festival to celebrate.

Reviving a hundreds of years old tradition, the developers and the builders met at the construction site in Bükfürdő, and, as the visitor center’s building under construction has reached its full height, pinned a decorative bouquet on its top.

The bouquet festival was held on March 25, 2022, where Tibor Homlok, chief engineer of Homlok Zrt. said that construction was going well, the prefabricated reinforced concrete structure of the 1500 square meter visitor center could be seen to be standing, the steel supports had been installed, and works inside the building had also started. The chief engineer emphasized that the project would be delivered by November 2022, in good quality.

The bouquet festival was attended by the mayor of Bük, Dr. Sándor Német as well as Péter Ágh, the MP for North Vas County. The mayor of Bük city highlighted that the building in construction and the square surrounding it would lend a new dimension to the Bük spa, as the project will functionally create a new city center. The MP for the region emphasized that the people of Bük are rightly proud of this large-scale tourism development, as the project will not only result in the construction of one building but also a number of other items associated with its completion.

At the bouquet festival, the guests made a toast, then, as per the tradition, broke the glasses so that this may be the biggest damage suffered during the rest of the construction.

The developers and builders attending the festival inspected the construction in progress and collectively found that the works are proceeding according to prior schedule, and there are seemingly no obstacles to citizens and spa guests occupying the complex by the end of the year.

The project is realized with the involvement of specialist subcontractors, under the general management of Homlok Zrt., and will be completed in 15 months. 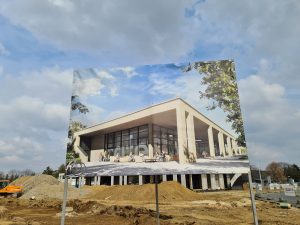 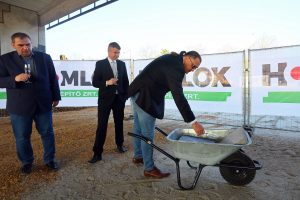