The complete renovation of the Szombathely-Kőszeg railway line begins 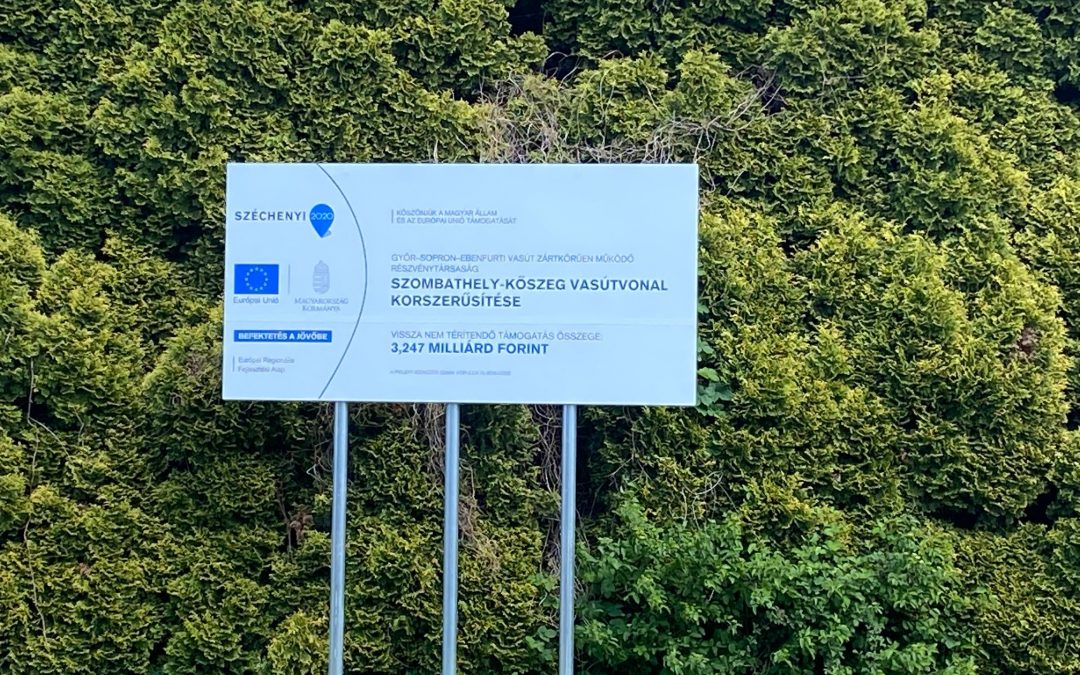 The railway infrastructure on the Szombathely-Kőszeg line will be renewed from EU funds. The ceremonial opening event of the project took place on the 1st of June, 2021 at Kőszeg station.

With the project opening event held at Kőszeg station, the complete renovation of the Szombathely-Kőszeg railway line began symbolically, which is implemented in the investment of Győr-Sopron-Ebenfurt Railway Ltd., in the construction of Homlok Zrt. The contract for the implementation of the project was signed by the representatives of the company in December 2020.

The importance of the renovation of the line was also shown by the fact, that in addition to Szilárd Kövesdi, CEO of the investing railway company, and Zsolt Homlok, CEO of the constructor Homlok Zrt., dr. László Mosóczi, State Secretary for Transport Policy of the Ministry of Innovation and Technology, Péter Ágh, Member of Parliament for Northern Vas County, dr. Csaba Hende, Member of Parliament for Szombathely and its surroundings, and Béla Básthy, Mayor of Kőszeg were also attending at the opening ceremony.

The invited guests mentioned the role of the 17-kilometer railway line in the life of the region and the city of Kőszeg in their speech. They also emphasized that this infrastructure development will also generate further development, so a more modern railway connection will have a positive effect on the quality of life of those living in the area, but also on tourism, trade relations and urban development.

Under the project, the entire line section will be renewed, along with the seven train stops there. Kőszeg station will also be rebuilt, which will affect the track network, and high platforms (sk + 55 cm) will be built for the comfort and safety of passengers. New furniture will be placed on the platforms, but there will also be covered bicycle storage, modern space lighting, new visual and audible passenger information, which will already provide a standard of travel that meets the needs of today.

Zsolt Homlok, CEO of the contractor Homlok Építő Zrt. asked for patience from the passengers for any inconveniences caused by the construction works, but this is necessary in order to be able to hand over a qualitatively higher standard railway infrastructure to the customers and passengers at the end of the project. He also pointed out that this project introduces the French GEISMAR S2PV technology for the first time in Central Europe, which is a novel and efficient method of laying track fields that will also be used in other railway developments.

The entire project is expected to be completed in the spring time of 2022. The project is implemented with the use of European Union funds and with the support of the Hungarian State, within the framework of the tenders of the Integrated Transport Development Operational Program. 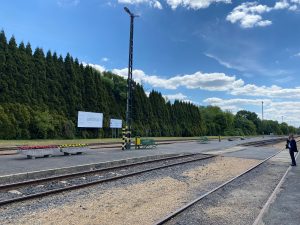 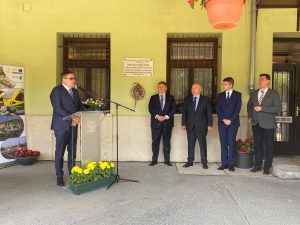 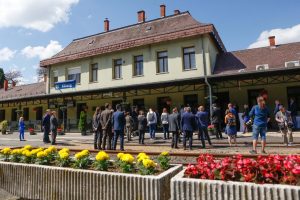