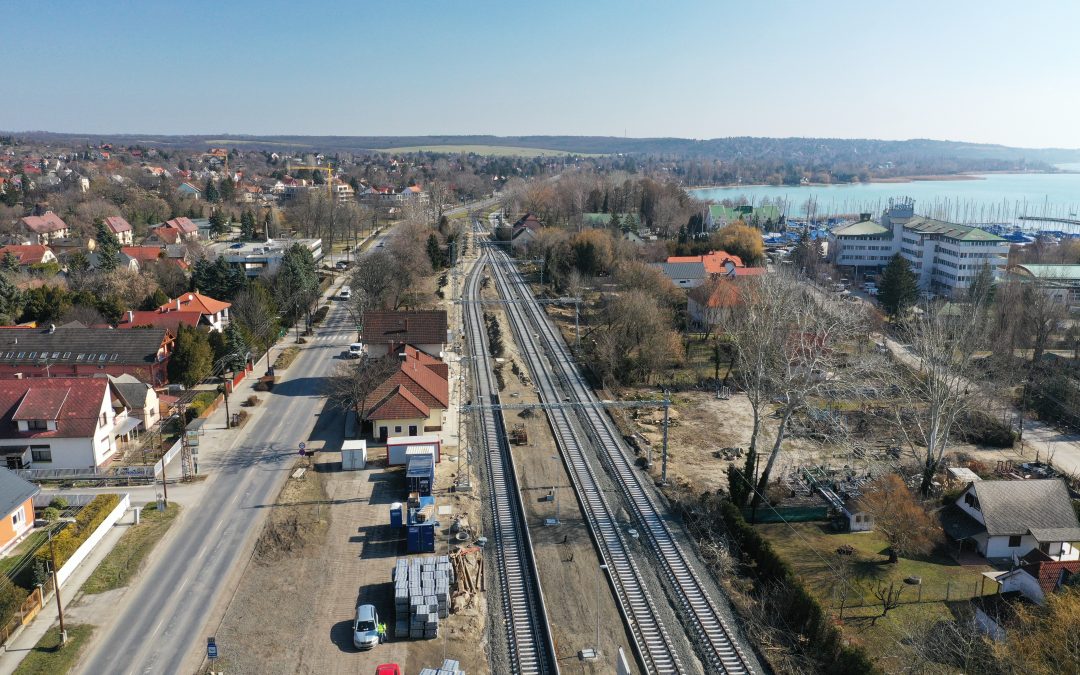 After the winter shutdown, construction continued on the North Balaton project in the first days of January.

A complete exclusion track lock came into force at the end of September last year on the northern shore of Lake Balaton, in order to electrify and continue the Szabadbattyán-Balatonfüred line section and other related works. Balatonfűzfő station was completed and the track structure of the Csittényhegy tunnel was rebuilt in the first phase. In the current second phase, three stations will be rebuilt, Polgárdi, Balatonkenese and Alsóörs stations, and maintenance tracks and detours will be regulated for almost 50 km, in addition to the reconstruction of 7 road crossings.

At the three stations affected by this year’s reconstruction, the necessary demolition work was fully completed last year, before and in parallel with the onset of winter, reconstruction work also began, reaching various levels of readiness by the end of 2020.

A significant part of the reconstruction was completed by December last year at Polgárdi station. The platform and the track construction were completed, only the regulation, welding and de-stressing works, as well as the preparation of the platform cover and other additional works are missing for the full complete completion.

Despite the winter cold, the work continued at a good pace at the Balatonkenese station, the turnout and track construction works were completed by the beginning of February. The platform was completed here last year as well, but the paving has yet to be done, similar to the track regulation and welding work, the construction of the reversing benches, the placement of the platform furniture and various design elements.

The demolition of Alsóörs station was a more serious task, as only two station tracks and one tail-track remain after the reconstruction. The original plan has also been changed, according to which high-radius turnouts will be installed and the first track will be built at a speed of 80 km/s. At Alsóörs station all construction work has been completed by February that is not, or only to a lesser extent, affected by the ordered replacement work, thereafter, construction will continue with the installation of high-radius turnouts until the station is fully completed.

The ordered additional work also affected Balatonfüred, as a new tail-track with a bypass connection will be built, which will be carried out at the end of March as planned.

The works are proceeding according to schedule, the construction will be carried out with the involvement of large forces, as the entry into service will take place on the 30th of May 2021. This is a significant milestone for Homlok Zrt., by that date, practically all stations and open line work should be completed, including the reconstruction of road crossings and maintenance regulations. The works are progressing well in terms of time in the complete exclusion track closure until the summer, so there will be no obstacles to the completion of the track part of the project and the start of train traffic within the agreed deadline.

The development is carried out on behalf of the Ministry of Innovation and Technology in the investment of National Infrastructure Development Corporation (NIF) from EU and domestic sources. 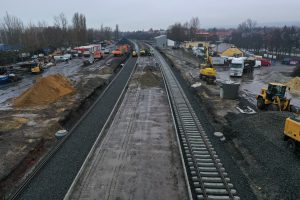 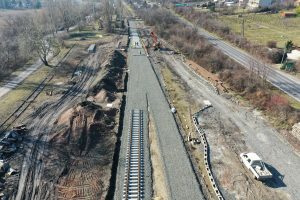 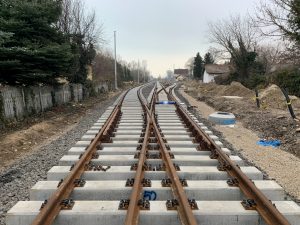 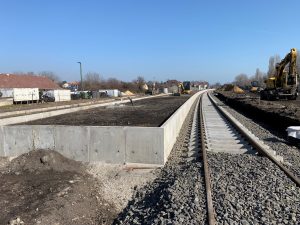