Construction has begun in two projects in Szombathely 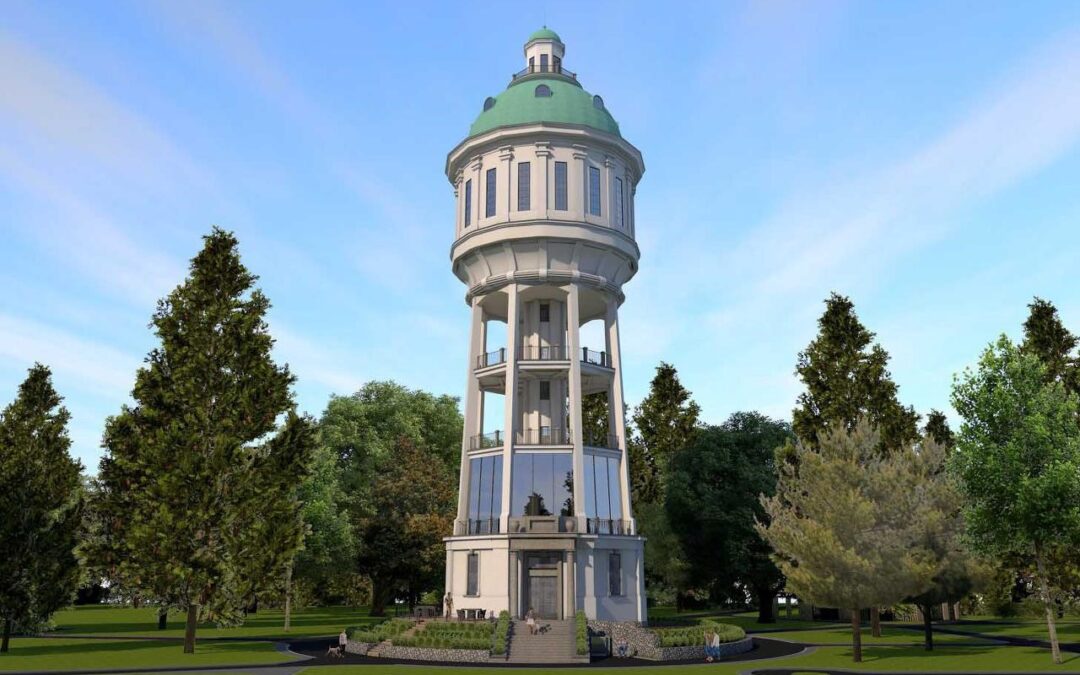 The reconstruction of the water tower in Brenner Park and the modernisation of Csodaország Nursery in Szűrcsapó street have reached important milestones. After the handover-takeover procedure of the work areas, construction works have been started by the professionals of Homlok Építő Zrt. at both locations.

Construction works related to the modernisation of the water tower in Brenner Park and touristic development of its surroundings began in April, 2019. The 55 m tall water tower, with reinforced concrete supporting structure and a 800 cubic metre reinforced concrete water container was finished in 1926, however, in 1978, it was withdrawn from use. Its modernisation has become more than timely, it is now an absolute necessity. This is due to the fact that in the last forty years, the lack of conservation has caused serious damage to the industrial building under local protection, a valuable element of the city’s architectural heritage. Besides the operations that aim for conservation, a complete renovation of the building will be carried out by February, 2020, the deadline for the operation. The modernised water tower could be an important segment of the life of Szombathely, and by a solution for its use, the building and the urbanistic unit may become an effective part of the city’s life. Thus, in the long term, this project also serves as part of the region’s employment expansion and job creation efforts.

In April, 2019, as part of the project “Nursery developments in Szombathely”, the construction works of Csodaország Nursery in Szűrcsapó street have also commenced. During the modernisation, the building of a base area of almost 1150 square meters is renovated, which had been necessary not only from an aesthetic aspect, but also for functional and power engineering reasons. Complete replacement of the currently installed doors and windows, decayed and hard to close, and heat insulation and renovation of the roof and the complete outer facade are carried out. Indoor transformational works and extensions according to functions are also a part of the project. The construction works are expected to be finished in October, 2019, and the children can take over the renovated Csodaország Nursery at this time.