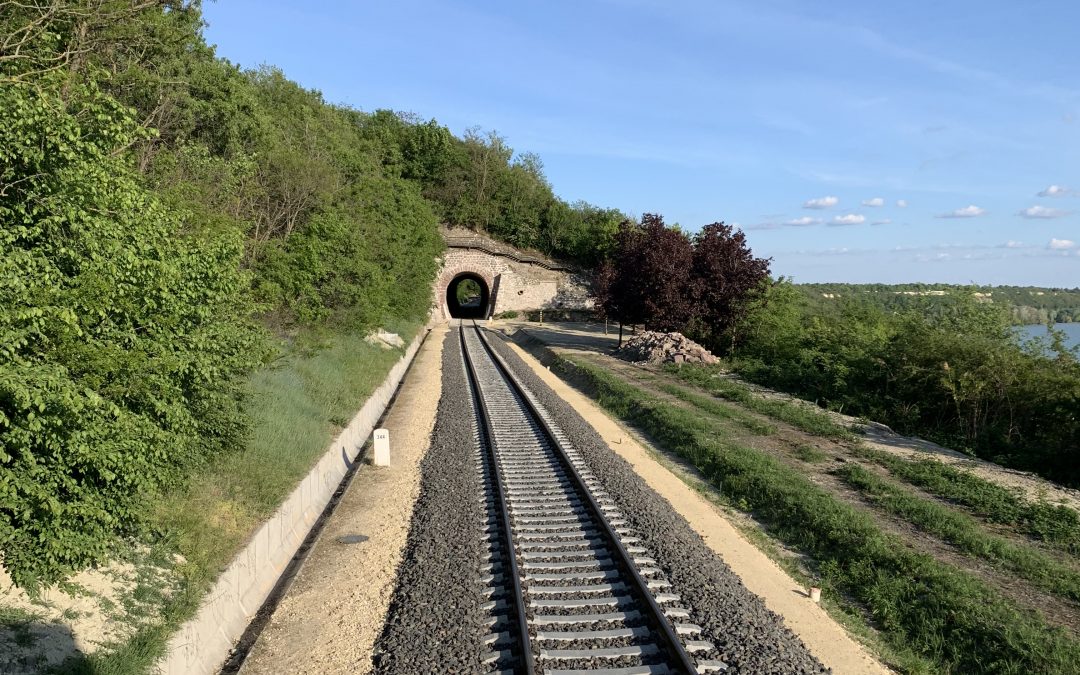 The electrification and renovation of the North Balaton railway line is progressing according to schedule; therefore, the Szabadbattyán-Balatonfüred line section was successfully put into temporary service on the 30th of April 2020.

Works are proceeding well at the Szabadbattyán-Balatonfüred line section. In possession of the approved construction plans, the actual construction of the project started in September 2019. In the past almost 8 months the first phase of the construction works had come to fruition, at the end of which the temporary service took place, thus, scheduled rail transport resumed without interruption on the 1st of May 2020, still with diesel-powered trains.

The track network of Balatonfűzfő station was rebuilt in the first phase of the construction, which has now been completed and the sk + 55 accessible high platform was also built. During the elapsed period, the four-track station became a two-track station which has been given a completely new track geometry. Of course, the reconstruction of the tracks also included the installation of two new detours and the construction of reversing benches. An island platform was established between the two tracks, the special feature of which is that it was not the usual and regular shape that was built, but following the curved lines of the shores of Lake Balaton, rather, its shape resembles an “S” shape – provided information on the details of the construction Péter Karádi, construction manager of Homlok Zrt.

In parallel with the track construction works, a new drainage was built, the old MÁV type concrete fence bordering the station was demolished, and instead a security fence and safe crash barriers were created to meet today’s expectations.

In addition to the rebuilding of Balatonfűzfő station, the reconstruction of the Csittényhegy tunnel and the connecting railway tracks were also completed. In the nearly 100-meter-long tunnel, which was handed over in 1909, the railway track had to be lowered in order for the railway overhead line to be built in accordance with the rules in force. The 130-150 m section of track before and after the tunnel was rebuilt with traditional earthwork technology, except for a section of 20-20 meters which was made on a concrete tray in an edilon system in one unit with the section in the tunnel. Reconstruction of the tunnel began with a full exclusion track lock of January. The difficulty of the project was the high groundwater level at Balatonfűzfő station due to the proximity of Lake Balaton, at the Csittényhegy tunnel it was the material organization, as the tunnel and its surroundings are inaccessible by road. In addition to the reconstruction of the track, the outer and inner wall surfaces of the tunnel were also renewed.

The next major construction phase will begin in late September 2020 and will last until the project is completed. In addition to the finishing works of Balatonfűzfő station, Polgárdi, Balatonkenese and Alsóörs stations will also be rebuilt in the full exclusion track lock starting in September, and nearly 50 km of maintenance track regulation will also take place. The construction will continue in mid-September with the demolition of the tracks, and during the summer, preparatory work is underway to ensure a smooth continuation.

The project is implemented by the ÉB 2018 Consortium (VASÚTVILL Kft., R-KORD Kft.), where Homlok Zrt. performs the construction and drainage of the railway track, platform construction and maintenance regulation, as well as road construction works as a subcontractor. 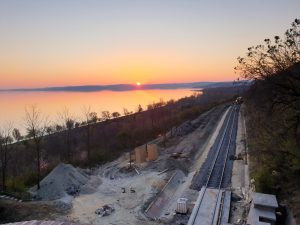 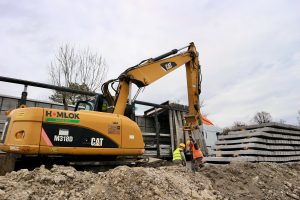 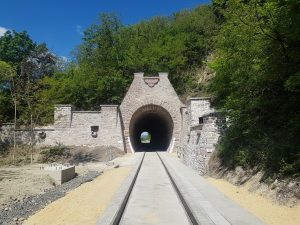 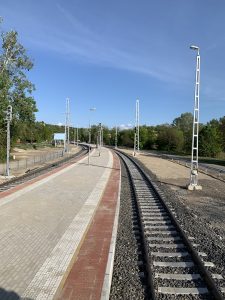